The Virginia Wesleyan softball team took home its second straight national championship in late May — a win that only added to the Marlin dynasty. The team did not just add another tally to its win column, it achieved a milestone that it can share with Virginia Beach, a city without much national exposure in the sphere of sports.

A national championship is a rarity. Even more rare is winning it back to back. This is only the fourth time a Division III softball team has won consecutive titles in 40 years.

Although it is softball, which typically gets overcast by men’s sports such as baseball, and it’s the smaller Division III, Hampton Roads embraced the hometown champions. 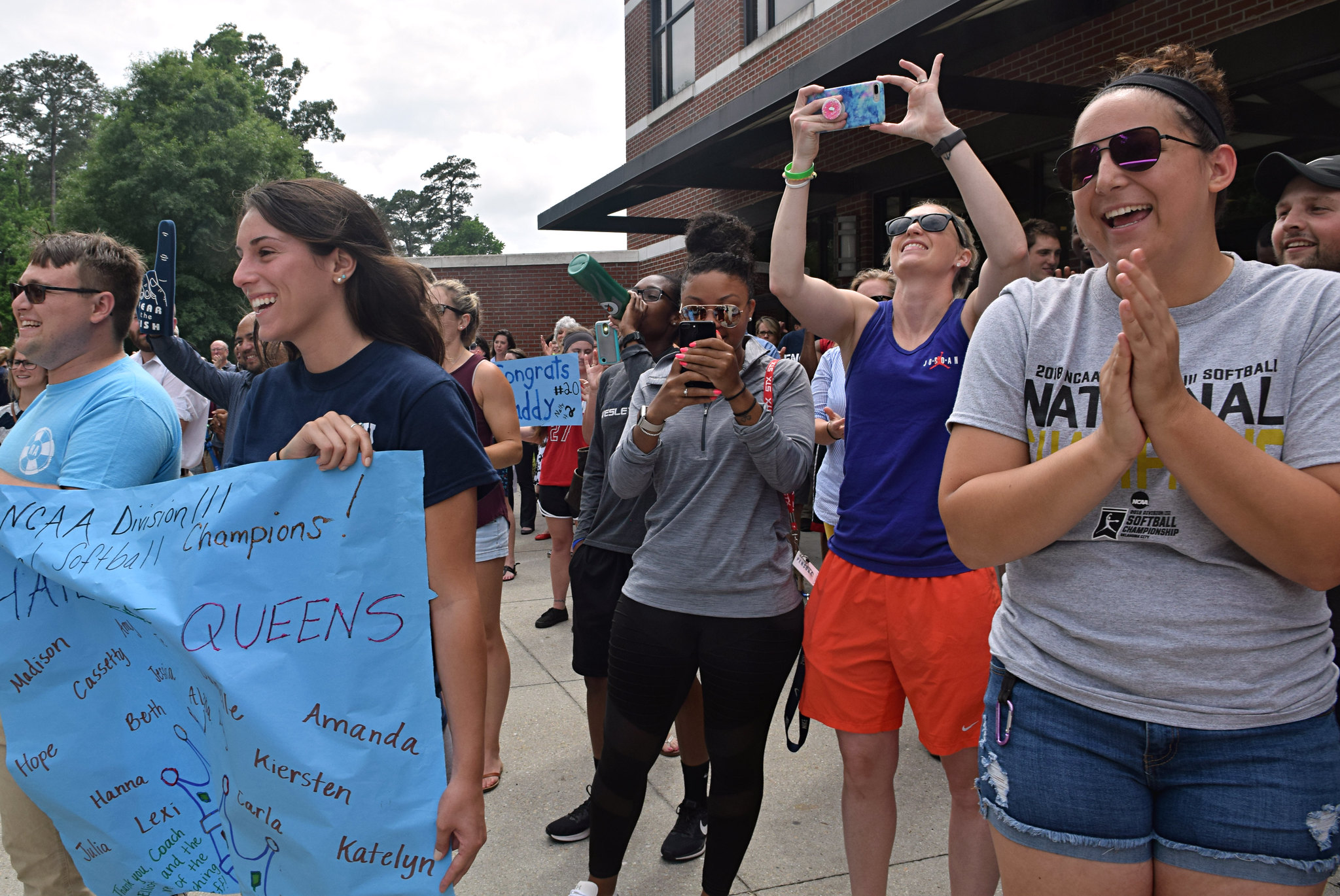 Crowds of fans and news organizations met the team at the school after returning from their win in Oklahoma City. Billboards were placed throughout the area and a Shorebreak Pizza and Taphouse in Virginia Beach held a celebration where fans could see the championship trophy and meet the Marlin team.

Madison Glaubke, a Marlins’ outfielder and NCAA All-Tournament team honoree, is a Virginia Beach native and graduated from Ocean Lakes in 2016.

Glaubke believes that the titles will help put her small school on the map. “People are finally realizing how much softball means to a lot of people, and it’s not just a sport for girls, it’s a sport for women,” Glaubke said. “It makes women better people, and we’re able to be role models for little girls in the community.”

The Marlins spent the year ranked No. 1 number in the nation. The team also tied the Division III record for wins in a season by going 55-3. The previous record was owned by the 2017 championship squad.

Left-handed pitcher, Hanna Hull, was pivotal in the team’s success. In only her sophomore season, she broke the Old Dominion Athletic Conference record for career strikeouts. She also earned the National Fastpitch Coaches Association Player of the Year in her freshman and sophomore seasons. Her ERA of 1.02 was 7th in the nation. Hull will return to the mound with 40 wins under her belt.

Senior Cassetty Howerin was instrumental from the plate. She earned All-American status for the third straight year and ranks seventh all-time for career RBIs.

Hull and Howerin typically dominate the media and award recognitions, but Glaubke got in on it, too, this year. She had a devastating year. Glaubke lost her mother to cancer last fall, but still managed to produce the most prolific statistics in the conference – earning her ODAC Player of the Year.

She was overwhelmed when team coach, Brandon Elliott, gave her the news of the honor.

“I literally just broke down and started crying," Glaubke said, “to see how much my hard work paid off and the fact that people actually noticed it.”

She has also noticed what the wins have meant to her hometown.

“I think it means a lot to the community. I think it’s cool working camp,” she said, referring to this summer’s camp, “and having three times the amount of kids we’d normally have.”

The success of Virginia Wesleyan softball does not show any signs of braking. As some star athletes graduate, even more talented players are coming to the school. Coach Elliott is excited with the talent he has secured.

“I think that they are a team on and off the field,” he said. “From what I’ve seen, they’re always supportive of each other whether it’s playing softball or in the classroom or something’s going on at home.Tey’re always involved in each other’s lives in a positive way so I think that that camaraderie drives it home.”

Megan Sherman was a 2018 workshop participant.